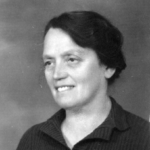 The 3rd of March a team of 11 players from the EIMAB took part in the
Lasel “Futsal Minimes-Cadets” Tournament. Although we were by far the youngest team, we were able to show very good performances. Unfortunately, it was not enough for a victory.

Infoscreens Image only 5
Comments are closed.